Kiev is located in Eastern Europe, it is the capital of Ukraine country. The better time for going to Kiev is May month, because during this time all the city is blossoming with fascinating white and pink chestnut “pyramids”, once feeling this unforgettable flowers’ aroma you will fall in love with this city. The lilies of the valley, white “bells” with tender fragrance and magic abundance of various kinds of lilac make it unforgettable place, ideal for travelling with beloved people.

Travelling to Kiev is very easy to organize. All you need is to book Kiev apartments via internet and order airplane or bus tickets to get there. In such a way you don’t need to depend on touristic groups or fixed journey time. Select the best time you wish and the most suitable apartments you want to live in. In spring any Kiev street is wonderful. There are interesting historical facts regarding the origin of chestnut plantings in Kiev. Officially the first time chestnut trees appeared in Kiev was in 1842, they were brought from Balkans just before the visit of Russian emperor Nicholas I. All main city streets were planted with chestnuts.

When the emperor found out about this, he ordered to cut down all these trees and plant poplars and lime trees on those places. The order was executed, but according to the legend, locals were so amazed with beauty and fragrance of chestnut trees, that gathered all cut branches and planted them on their courtyards, everywhere in the city besides those places where the emperor could go. According to another version, the first chestnut trees appeared in Kiev in 1825. They were planted on the courtyard of the Kiev-Pecherskaya Laura (one of the main religious city centers). Local people took the branches from there and planted them everywhere they could. In such a way Kiev became a chestnut city.

The local climate is ideal for these trees. That is why chestnuts feel very well here, and every year they present people with luxuriant white flowering bunches. The period of blossoming is rather short: about 2 – 3 weeks, usually it starts on May 8th – 10th and lasts till the end of month. When the chestnuts throw down their flowers, this spectacle can be compared only with Japanese cherry tree flourish. At the same time the lilac is in blossom, and after it the turn of decorating Kiev goes to white acacias.
There are three kinds of chestnuts growing here: horse chestnut, Ohio buckeye and red horse chestnut. Ohio buckeye begins to blossom before the rest. These are small trees with short leaves and white flowers that cover the whole crone of the tree. The interesting fact is that they are firstly covered with flowers, and only then leaves begin to appear.

Red horse chestnut is a hybrid of common horse chestnut and “fish poison” chestnut. It was found in 1818. It has unusual red-yellow blossom clusters. The climate is so good here that in the fall, mostly in the middle of September, the chestnuts are blossoming second time a season.
Travelling to Kiev will be very enjoyable for those who missed the city romance. Recently this city was the greenest European capital. Today it has lost this status, but it is still very beautiful, full of parks and gardens. It is much greener than London or Paris. Besides rich floral abundance, Kiev is famous for its architecture that combines various styles and epochs.

To explore amazing places of interest you even don’t need the guide service. Whenever you are, you will definitely find some interesting museums, galleries or churches that are worth visiting. By the way, a great occasion of your romantic trip to Kiev will be visiting the center of modern art – Pinchuk Art Center. It is also unusual place, its success is made of contrasts: joint exhibitions of old traditional works and modern startling artistic masterpieces. Be ready for unforgettable impressions, new emotions and excellent relaxing pastime with your best companion.

Drinking the beauty and lushness of the pasturelands – Urumqi Tours 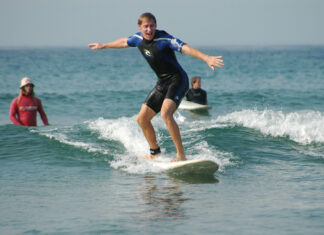